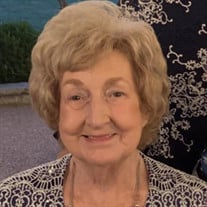 Ann B. Lawson, 81, born in Cleveland Alabama, passed away peacefully on March 10 surrounded by her loving family. Ann Lawson has lived in the Arab community for approximately 53 years. She is a member of the Gilliam Springs Baptist Church.... View Obituary & Service Information

The family of Mrs. Ann B Lawson created this Life Tributes page to make it easy to share your memories.

Ann B. Lawson, 81, born in Cleveland Alabama, passed away peacefully...

Send flowers to the Lawson family.