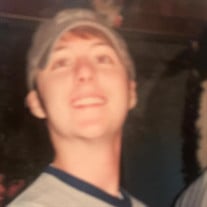 Mr. Brandon Heath Burnett of the Scant City Community in Arab, Alabama, passed away on Monday, November 8, 2021 at the age of 43 years. Mr. Burnett was born on August 16, 1978, in Marshall County, Alabama to Gary Joel Burnett and the late Brenda... View Obituary & Service Information

The family of Mr. Brandon Heath Burnett created this Life Tributes page to make it easy to share your memories.

Send flowers to the Burnett family.