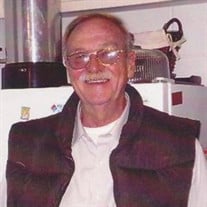 Dewitt McWhorter, Age 82 of Trussville, AL passed away on Wednesday, March 23, 2022 with his devoted wife of 64 years, Joyce Ann Miller McWhorter and daughter, Mitzi Goss by his side. He is preceded in death by his son, Russell Dewitt McWhorter. Born May 12, 1939 in Cullman County, AL, to Clarence McWhorter and Ethel Shedd McWhorter he was raised in Joppa, AL and graduated valedictorian of his class at Fairview High School. After he graduated, he moved to the big city of Birmingham and worked at Loveman’s, and soon after married Joyce Ann Miller. They moved east from Birmingham, to Woodlawn, to Roebuck Plaza and eventually landed in their beloved city of Trussville, AL, where they resided for decades, watching the city and their family grow. A constant tinkerer he never met a machine or computer he couldn’t fix, upgrade or simply figure out. He enjoyed a long career at Square D until his retirement. He lived out his retirement as a devoted family man who was always willing to watch countless hours of nursery rhymes and cartoons while holding a grandbaby, great grandbaby and over the last year and a half, his great-great granddaughter. He will be remembered as a devoted member of the Del Rio Baptist Church, where he shared his musical talents with the congregation, playing bass, always accompanied by Joyce on Piano. He will be dearly missed by his family: wife, Joyce Ann McWhorter, daughter, Mitzi Goss (Jeff), his grandchildren Christie Williams (Brian) and Jason Goss (Christian), his five great grandchildren, Kinley Williams Amick (Brad), Preston Williams, Carter Williams, Tyler Williams and Evelyn Goss, and great-great grandchild Nevaeh Amick. Stories of him, his many talents, his love of coffee, and penchant for mustaches will be told to his latest great-great grandchild Baby Amick, due in September, and all the generations to come. The family would like to thank UAB, St. Vincent’s East and all that cared for him through the years. A Visitation will be on Sunday, March 27, 2002 from 1:00 p.m. - 3:00 p.m. at Arab Heritage Memorial Chapel, Service will follow at 3:00 p.m. at Arab Heritage Memorial Chapel, with Dr. Bill Evans Officiating, Interment will follow at New Canaan Cemetery, Arab, Alabama Arab Heritage Memorial Chapel, Directing.

Dewitt McWhorter, Age 82 of Trussville, AL passed away on Wednesday, March 23, 2022 with his devoted wife of 64 years, Joyce Ann Miller McWhorter and daughter, Mitzi Goss by his side. He is preceded in death by his son, Russell Dewitt McWhorter.... View Obituary & Service Information

The family of Mr. Dewitt McWhorter created this Life Tributes page to make it easy to share your memories.

Dewitt McWhorter, Age 82 of Trussville, AL passed away on Wednesday,...

Send flowers to the McWhorter family.