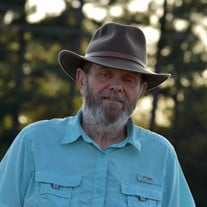 Mr. John David Towns of Crossville, Alabama; passed away at the age of 71 years in the late hours of Wednesday &#8211; July 14, 2021. Mr. Towns was born in Altoona, Alabama on the 27th of April in 1950 to the late William D. Towns and Evelyn... View Obituary & Service Information

The family of Mr. John David Towns created this Life Tributes page to make it easy to share your memories.

Mr. John David Towns of Crossville, Alabama; passed away at the...

Send flowers to the Towns family.