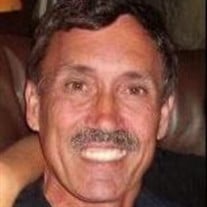 Mr. Randall David Huckaby, age 68, of Arab, passed away on Thursday, June 24, 2021. Mr. Huckaby was born on November 3, 1952, to the late Melba Jean Knight Huckaby and Ray Huckaby. He was a lifetime resident of Arab and a member of the Arab... View Obituary & Service Information

The family of Mr. Randall David Huckaby created this Life Tributes page to make it easy to share your memories.

Send flowers to the Huckaby family.