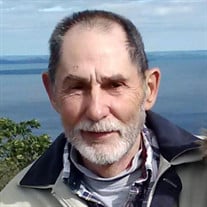 Walter Thompson Mitchell was born March 4, 1935 in Memphis, TN. As the first son of Tom and Marguerite Mitchell, he grew up in Millington, TN. He attended UT Martin and graduated from Auburn University in 1959 with a degree in Electrical Engineering. He married his high school sweetheart, Carol Ann Wood of Millington on March 26, 1959. He started his engineering career with Boeing in Seattle, Washington but then moved to Huntsville, AL to be a part of the space race and to be closer to family. He worked for NASA Marshall Space Flight Center for 30 years, where he worked on Explorer I the first US satellite, the Apollo programs’ instrument unit, Sky-Lab’s Apollo telescope mount launch, Apollo-Soyuz mission, and was the Space Shuttle Main Engine controllerhardware and software lead. His expert technical leadership resulted in flawless main engine performance for 135 missions. He received the NASA Medal for Exceptional Engineering Achievement. He further served as a NASA technical manager on a variety of projects to include design of the International Space Station avionics and software systems. As a member of the Arab Church of Christ, he previously served as an elder and continued to teach adult bible classes. His lifelong hobbies include woodworking, gardening and travel. As a retiree, he enjoyed many US tours in their RV. Walter is survived by his wife of 62 years, Carol Ann, his brother Tom Mitchel (Susan) of Memphis, his son Dan Mitchell (Teri) of Huntsville, his son Ben Mitchell (Paula) of Alexander City, AL, grandson Steven Mitchell (Lauren) of Huntsville, granddaughter Laura Cook (Josh) of Irondale, AL, grandson Nathan Mitchell (Hampton) Auburn, AL and great-granddaughter Harper Mitchell of Huntsville. He was preceded in death by a son, Jonathan Mitchell. A visitation will take place at the Arab Church of Christ on Saturday - May 15, 2021 from 12:00 p.m. - 1:00 p.m. with funeral service will follow at 1:00 p.m. with Bro. Ken Tyler, Dan Mitchell, Ben Mitchell and Tom Mitchell, officiating. In leu of flowers, that family requests donations be made to the Arab Church of Christ earmarked for the Robert Martin Pacific Island Mission Fund. Arab Heritage Memorial Chapel, Directing.

Walter Thompson Mitchell was born March 4, 1935 in Memphis, TN. As the first son of Tom and Marguerite Mitchell, he grew up in Millington, TN. He attended UT Martin and graduated from Auburn University in 1959 with a degree in Electrical Engineering.... View Obituary & Service Information

The family of Mr. Walter Thompson Mitchell created this Life Tributes page to make it easy to share your memories.

Send flowers to the Mitchell family.